May 01, 2014
Look out for thousands more burial records from Deceased Online's Aberdeenshire Collection

By the end of Friday 2nd May, the Deceased Online database will hold over 75,000 burial records from Aberdeenshire in North East Scotland. All the burial grounds from this collection are managed by Aberdeenshire Council.


Aberdeenshire is a large county, covering 8% of Scotland's land mass, and is steeped in history. The parishes covered in the new release are predominantly rural, with a number, such as Alford, Udny and Cluny, lying in the shadows of great castles. Unfortunately, neighbouring Towie Castle now lies in ruins.


Auchindoir, which features in the latest records, takes its name from the Gaelic Auehindoir, or 'field of the chase'. This is associated with the flight of Macbeth's successor, Lulach, who is believed to have run through the parish to escape his foes. Sadly for him, he was unsuccessful, being executed in nearby Essie on 17th March 1058 (ref. © The Editors of the Gazetteer for Scotland, 2002-2013.).

This brings the total of Aberdeenshire burial grounds and kirkyards on the database to more than 50. The collection include scans of registers and grave details identifying all those buried in each lair. We hope to complete the collection within the next few weeks, and will include records from the old county of Kincardineshire. There are still more than 150 sites to be placed online.

New Competition
Thanks very much to everyone who entered the recent competition to win a copy of my latest book, My Ancestor was a Woman at War (SOG, 2013). Congratulations to the winner, Pam Smith from Harrogate.
For those who missed out, the good news is that the Society of Genealogists has kindly given us another two copies of the book for prizes. For another chance to win, simply answer the three multiple-choice questions below by midnight BST Friday 9th May and email info@deceasedonline.com:

(i) Who was known as 'the lady with the lamp'?
A Lady Canning
B Florence Nightingale
C Mary Seacole
(ii) Aethelflaed was the daughter of which famous English King?
A Alfred the Great
B William the Conqueror
C George III

(iii) Women killed in the First World War are named on memorial screens in which cathedral?
A Canterbury Cathedral
B St Paul's Cathedral
C York Minster 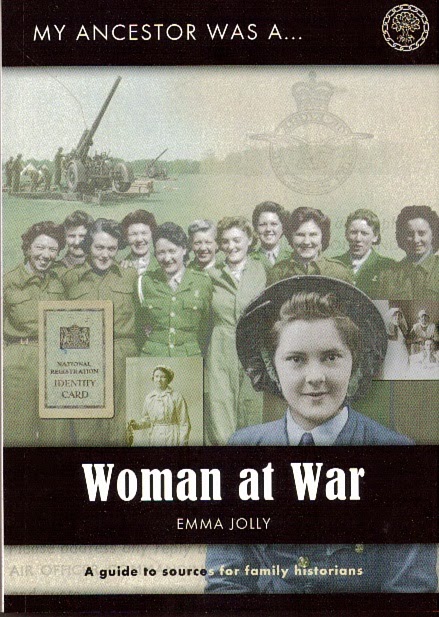