June 12, 2014
This week, I'm looking at some of Deceased Online's less-known datasets, focusing on Kettering, Corby and Rushden in the county of Northamptonshire

There are a total of 12 cemeteries and 1 crematorium in Deceased Online's Northamptonshire collection. All can be searched on the website in the UK records section, under "East Midlands" in the drop-down menu. Being landlocked, Northamptonshire is an interesting region to have ancestors. Many inhabitants moved back and forth to neighbouring counties. Northamptonshire is unusual in sharing borders with nine other counties: Leicestershire, Rutland, Lincolnshire, Cambridgeshire, the former county of Huntingdonshire, Bedfordshire, Buckinghamshire, Oxfordshire and Warwickshire. The county is largely rural, although heavy industry predominated in Corby from the 1930s. During the 19th and 20th centuries, Northamptonshire as a whole was most celebrated for its manufacture of boots and shoes.

The Northamptonshire Collection comes from the borough/town councils of Kettering, Corby and Rushden and totals around 180,000 unique records.

Kettering
Kettering had a large shoe manufacturing industry.  In 1887, it was described as, "a fairly prosperous town, with tanning and currying, mfrs. of boots and shoes, stays, brushes, agricultural implements, and some articles of clothing." [John Bartholomew's Gazetteer of the British Isles]

Above is a record from Kettering's London Road Cemetery for Sophia "Sophie" Green (1881-1956). Green is celebrated in Kettering for her pioneering work in education, particularly with women. She began working for the Workers' Educational Association (WEA) while employed at Kettering Clothing Co-operative Factory. Appointed WEA tutor-organiser for Kettering and District in 1919, Green stayed in the role, predominately teaching women workers in Northampton, Kettering, Corby and Rushden.

Deceased Online holds approximately 165,000 burial and cremation records for 9 cemeteries in the borough of Kettering dating back to 1862, as well as from Kettering Crematorium. The map below pinpoints their locations. 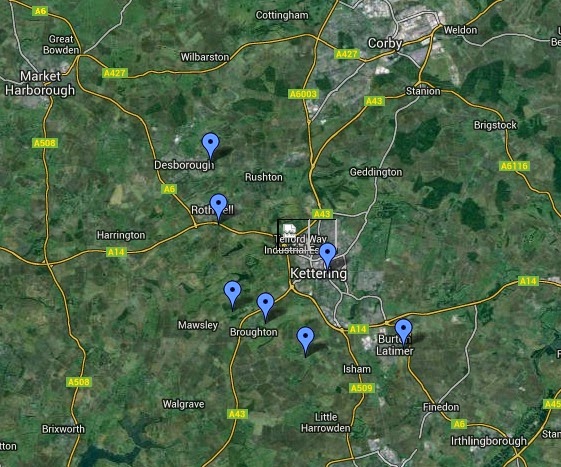 Corby Ironstone was discovered in Corby in the 19th century, but the parish remained a villlage until the rapid industrialization of the inter war years. As recently as 1931, Corby was a village with a population of around 1,500. It grew rapidly into a reasonably sized industrial town from 1934 after Stewart & Lloyds built an integrated ironstone and steel works on their site. During the Depression of the 1930s, so many Scots arrived to work in the steelworks that the town became known as "Little Scotland". Other migrant workers arrived from across Britain and Ireland. By 1939, the population had swelled to 12,000 and Corby was re-designated an urban district. 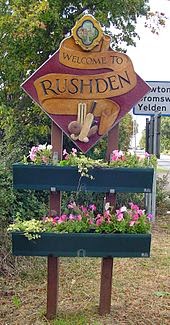 Besides shoemaking, Rushden is also known for lacemaking and farming. It is also home to the oldest toyshop in England. Deceased Online holds around 13,650 burial records for the town, along with associated burial register scans.
Rushden Cemetery
The burial registers for this cemetery date from 28th November 1888.
Thanks to June Wilson who commented last week that one of her ancestors, Edward Galliers, was buried in Spa Fields Burial Ground in 1795. This week we'd like to hear from anyone whose ancestors are in our Northamptonshire Collection. Do write in the Comments box below or on our Facebook and Twitter pages!