September 25, 2014
Blackburn Old Cemetery opened on 1st July 1857. Since then thousands have been buried in its hilly grounds overlooking the town of Blackburn. This week I highlight some of the remarkable, altruistic and notorious individuals whose burial entries can be found in the new Blackburn and Darwen Collection in the Deceased Online database.
Elizabeth Ann Lewis (1849-1924)
Elizabeth Ann Lewis was born in Shropshire in 1849 to farm labourer George Lewis and his wife, Ann. In 1867, she married Thomas Lewis, a coach builder from Cheshire. The couple settled in Blackburn, where Elizabeth Ann was horrified by the scale of alcohol addiction and public drunkenness.

Celebrated as the "Temperance Queen" or "Drunkard's Friend", Lewis dedicated her life to improving conditions for the working classes. She challenged the town's 600 licensed premises by establishing temperance bars where customers could drink herbal alternatives to beer, like sarsaparilla or dandelion and burdock. She also introduced musical entertainment. 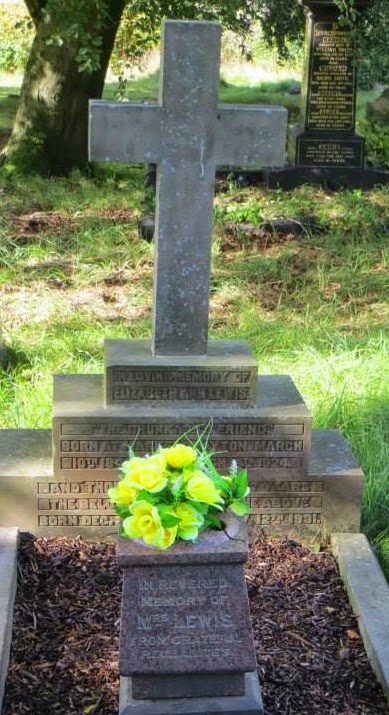 Above is the front of "Mrs Lewis"'s grave. Below is the eulogy on the back, praising her philanthropic work. It reads:

THIS STONE WAS ERECTED BY LOVING
ADMIRERS IN ALL PARTS OF THE WORLD
INTO "THE DRUNKARD'S FRIEND" WHO
FOR OVER FORTY YEARS DEVOTED
HER LIFE TO SPREADING THE BLESSINGS
OF TEETOTALISM AND TRAINING THE YOUNG
TO WALK IN WISDOM'S WAYS.
"SHE WENT ABOUT DOING GOOD." 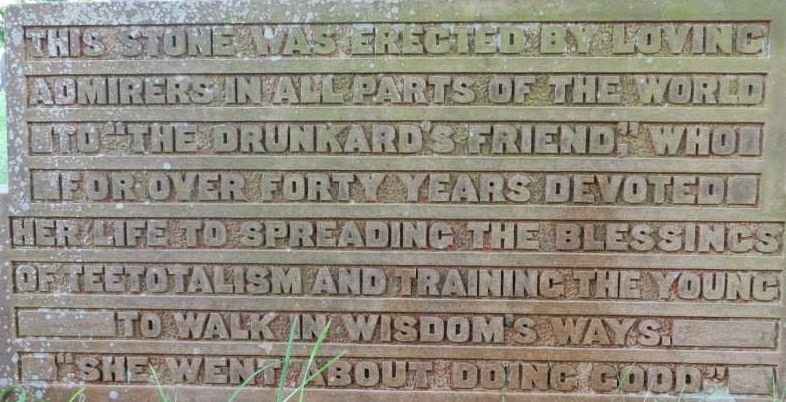 Thomas Thwaites (c. 1809-1871)
One of the challenges to Mrs Lewis' endeavours was the beer industry. In 1807, Daniel Thwaites established Thwaites Brewery in Blackburn. On his death in 1843, the brewery was inherited by Daniel junior, John and Thomas. Thomas and John stepped down from the business in the 1850s, leaving Daniel in sole control of the company and its large profits. Daniel went on to serve as Blackburn's Conservative MP between 1875 and 1880.

As the above entry in the burial register on the Deceased Online website shows, Frederick Kempster died in Blackburn Workhouse at the age of 29. Originally from west London, Kempster moved to Wiltshire with his older sister. By 1911 he was over 7 feet tall and began working in show business as a "giant". In 1918, he was working in Blackburn with the circus when he caught pneumonia and died.

Publicity material for Kempster's employer, Astley & Co.'s American Circus, suggested his height was anywhere between 8 and 9 feet. Evidence from hospital records suggest he was around 7 feet 9 inches (2.36 metres). A note in the burial register reads that his coffin was extra large: "A Gaint [Giant] Coffin 9" long".

Kempster lies in an 11 foot long grave in the cemetery under a stone commissioned by his friend, "Billy": 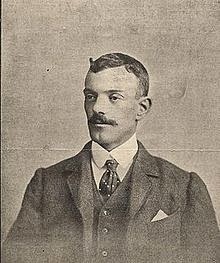 James Pitts is one of a number of Victoria Cross recipients to be found in the Deceased Online database.

A hero of the Siege of Ladysmith in the Boer War, Blackburn-born Pitts earned his VC as a Private in the 1st Battalion, Manchester Regiment alongside Robert Scott. His citation reads that Pitts and Scott, "held their post for fifteen hours without food or water, all the time under an extremely heavy fire". Pitts went on to serve in the First World War as a Corporal and was awarded the Meritorious Service Medal in 1918.

James Dixon (1855-1936)
James Dixon is celebrated in Blackburn as a philanthropist. Known as "The Blackburn Samaritan", he founded the Ragged School and the orphanage at Wilpshire.

Born in Scotland, Dixon moved to Blackburn to find work as a joiner. Troubled by the poverty and deprivation he found there, Dixon began his philanthropic work as a Sunday School teacher in 1881 when he and John Walkden founded the Blackburn Ragged School. On its first evening, 198 children attended - many drawn by the promise of a free bun. A few years later, Dixon used the remainder of his savings to establish an orphanage which opened on Whalley Road in 1891. Dixon served as its superintendent until 1933. 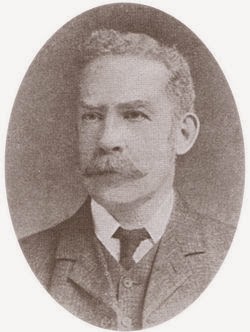 Like his sister, Elizabeth Ann Lewis, John was a committed teetotaller. The siblings had been born in Market Drayton, Shropshire but moved to Blackburn by 1871 when John was working as a coach builder. In 1875, John Lewis founded Blackburn Rovers with his friend, Arthur Constantine, and both played for the side in its inaugural match on 11th December. Lewis went on to have a renowned career as a referee, notably officiating at the Olympic Games of 1908 and 1920. Over time, John Lewis's grave fell into disrepair but in 2008 Blackburn Rovers remembered its founding father by paying for its restoration.


I end with a note of special thanks for Maurice Ffelan, Louise Thornley and other members of the Friends of Blackburn Old Cemetery who have kindly allowed me to use their images in this blog post. You can see more photographs on the Friends' Facebook page. If you are interested in visiting the Cemetery, the Friends organise regular guided tours where you can learn more about the people featured in this post.

If you have visited the cemetery or would like to tell us about your ancestors who are buried there, please get in touch via our Facebook or Twitter pages. We love to hear from you!