September 24, 2015
This week, Deceased Online adds to its Lewisham Collection with records from Ladywell Cemetery. Dating from 1858, the cemetery's registers should prove interesting for anyone with 19th or 20th century connections to South East London. Read on to discover the interesting entries I found while exploring the Ladywell records. 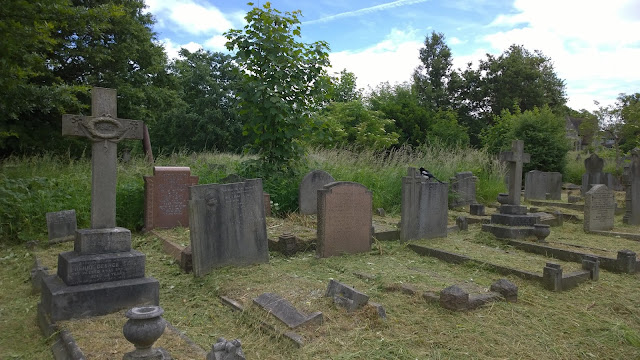 Ladywell Cemetery was opened in 1858 as "Lewisham Cemetery" by Lewisham Burial Board. Today, the cemetery's official address is Ladywell Road, Ladywell Se13 7hy. Confusingly, Brockley Cemetery was laid out two months earlier in an adjacent plot, but by Deptford Burial Board. Today, Brockley and Ladywell Cemeteries are closely linked, but until 1948 they were divided by a low wall. Today this can still be identified by a bank. In 1965, with changes in London's local government, both cemeteries came under the control of the Borough of Lewisham.

Deceased Online will be adding Brockley records shortly. Both cemeteries are supported by a voluntary group, Friends of Brockley and Ladywell Cemeteries (FOBLC), which works to promote the conservation and appreciation of the cemeteries as places of remembrance, historic importance & natural beauty. The group has a detailed website with features on many of those buried in the adjacent plots. 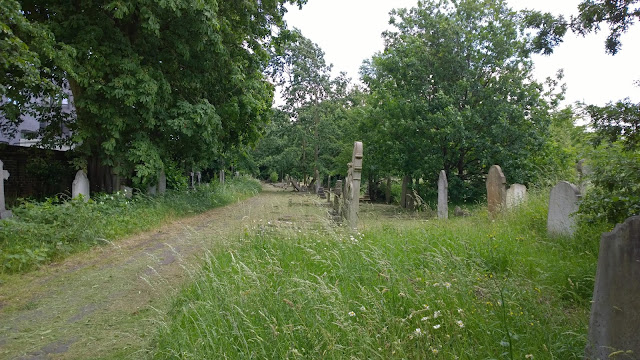 Deceased Online's coverage for Ladywell include nearly 90,000 burials, with approx 250,000 records covering registers, grave details and maps for 90% of the burial places. They include a number of interesting Lewisham residents, whose lives are memorable for a variety of reasons.
On Valentine's Day 1891, the Cemetery received around 150 football players who came to pay their respects to Sidney Henry Perman, the late captain of Lewisham Park Football Club. 24 year old Perman had been playing in a match against Catford the previous week when he suddenly collapsed and died. More than thirty of the main clubs in the Lewisham area sent wreaths, and players attended from Lewisham Park, Kensington, Wickham Park, Brockley, Catford Bridge and Lewisham Association. The burial record is interesting as it reveals that, as an amateur player, Perman worked away from the pitch as an export merchant.
Nine years later, in February 1900, the poet and novelist, Ernest Dowson was buried at Ladywell. Although his name is not well-known today, he was hugely talented and his words live on. Two of the most celebrated of his phrases are "Gone with the Wind", immortalized in the novel of the same name, and "Days of Wine and Roses", the title of a song made famous by Frank Sinatra. The latter phrase was penned by Dowson as part of the following verse:


They are not long, the days of wine and roses:
Out of a misty dream
Our path emerges for a while, then closes
Within a dream.
– Ernest Dowson, from "Vitae Summa Brevis" (1896)

A true South Londoner, Dowson had been born in Lee in 1867. He lived in France for a brief period but soon returned to London, residing with his friend, the writer Robert Sherard, in Catford. Dowson never recovered from the deaths of his parents which took place within a year of each other in 1894 and 1895. His mother's death by suicide was particlarly haunting and is believed to have contributed to Ernest's rapid decline. He died Catford, aged just 32.

Oscar Wilde wrote of him:

"Poor wounded wonderful fellow that he was,
a tragic reproduction of all tragic poetry, like a symbol, or a scene.
I hope bay leaves will be laid on his tomb and rue and myrtle too
for he knew what love was".
Dowson's grave lies in the Roman Catholic section of Ladywell. It was restored in time for the anniversary of his birth, 2 August 2010, and unveiled at a special memorial service.


On the 4th September 1924, the celebrated chess player, Joseph Henry Blackburne, was laid to rest in Ladywell Cemetery. Blackburne, who had been in failing health for some time, died in his sleep at the age of 83. Blackburne's strength as a player was such that he became known as "The Black Death". During the late 1800s, Blackburne was often regarded as the best player in Britain. Although he only learned the game at the age of 18, he played for more than half a century.

In the light of recent commemorations marking the 75th anniversary of the Battle of Britain, it is poignant to note the record of RAF Pilot, Sgt Bernard Walter Hopton, who died, aged 21, in Cornwall on 6 August 1941 while serving with 616 squadron. From New Malden in Surrey, Hopton was one the brave "Few" who defended Britain during the summer of 1940. During his career, Hopton flew with 600, 615, 73 and 66 squadrons.

We've had a great response so far to the Lewisham Collection, with reports of exciting family history discoveries. We hope more of you will find ancestors in the Ladywell records and let us know when you do! Also, don't forget to look out for Brockley records - coming soon. And you can keep updated on all the latest releases from Deceased Online via our Twitter and Facebook channels.
Sources:

Kenneth G. Wynn, Men of The Battle of Britain: A Biographical Dictionary of the Few (Frontline Books, 2015)