April 12, 2016
The Deceased Online team had a great time at Who Do You Think You Are? Live last week. One of the many interesting visitors to our stand at the show has inspired us to look further into the signs and symbols we often see on memorials and headstones.

Once again, everyone at Deceased Online would like to thank the organizers of Who Do You Think You Are? Live, the Society of Genealogists, and all of those who dropped by at our stand 288 at Birmingham's NEC on Thursday, Friday and Saturday. WDYTYA? Live remains the biggest family history show in the world (with over 13,000 visitors this year) and we were delighted to see many new and long-term Deceased Online users. Richard, Jamie and the team also enjoyed linking up with their friends in the many family history societies and other companies who attended. It was great to meet so many who love our website which we've been carefully building over the past 7+ years. We're looking forward to going back to NEC for the next show on the 6th-9th April 2017.


The NEC welcomed back old friends, Eric Knowles and Tony Robinson, along with new visitor, Anita Rani, who featured in the last series of the UK WDYTYA? television show. Another highlight this year was the amazing replica Spitfire, brought to Birmingham by the Lytham St Annes Spitfire Display Team, who are based not far from Fleetwood (one of our featured collections of the past year) on the Fylde coast.
One visitor to the show asked Richard about some of the symbols he had found on his ancestors' headstones. In an earlier post on this blog, I wrote about funereal symbolism in relation to Victorian and Edwardian mourning etiquette. However, this meeting seemed a timely reminder to look further into the subject and to highlight some of the beautiful symbols found in cemeteries of Deceased Online's collections. 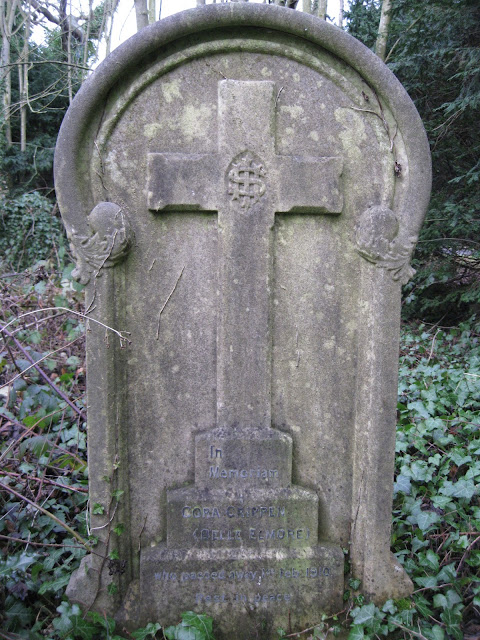 "I. H. S." - these initials form the scared monogram of the name of Jesus. They are taken from the Greek letters, Iota, Eta and Sigma. In the image above taken at Camden and Islington Cemetery, the letters are placed on top of each other in the centre of the cross. 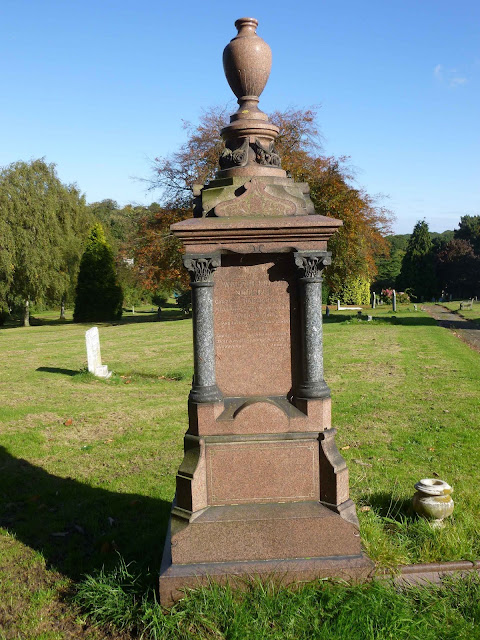 Urn - the urn symbol, as shown atop the monument in the image above, symbolizes death and is taken from Classical symbols, including those indicating Roman cremation 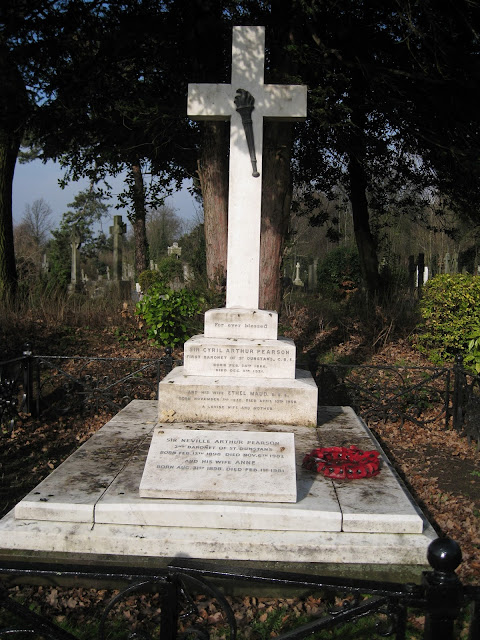 Torch - the torch can appear in many forms. Here it stands aflame in the centre of a cross. The torch symbolizes the human being. 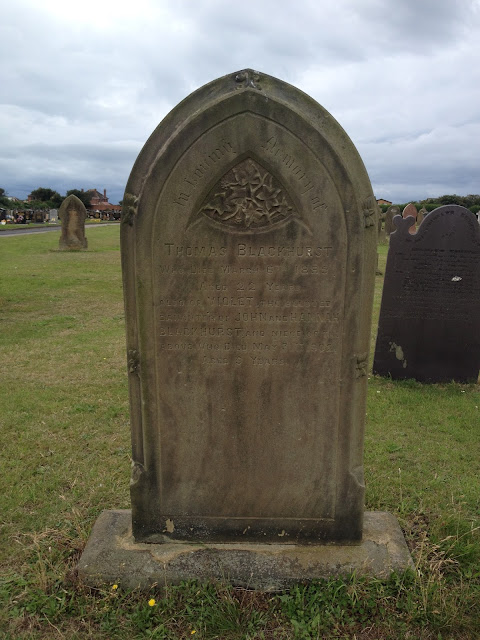 Ivy - ivy is a popular symbol and appears on many headstones of the Deceased Online collections. The example above is found in Fleetwood Cemetery. The evergreen plant indicates that memories remain evergreen. 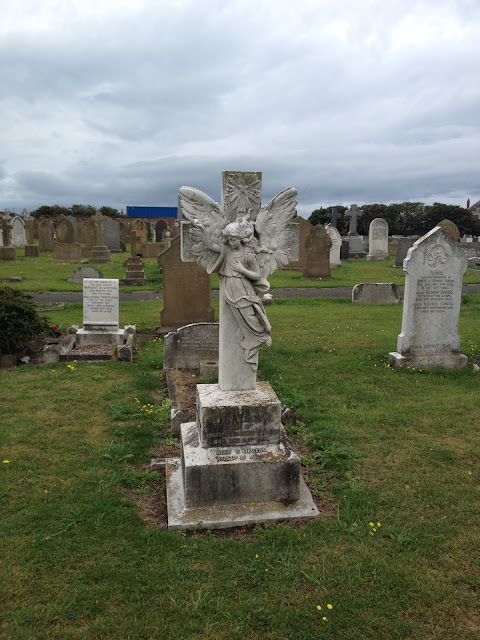 Heart - the angel in the monument above has her hand on her heart. This, and other heart symbols, indicates continued love and devotion towards the deceased. 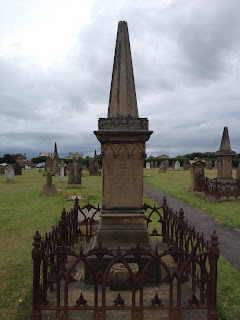 Broken column - broken columns come in a variety of forms. In some of the Magnficent Seven cemeteries it is common to find columns similar to those in the ruins of Pompei. The above example from Fleetwood Cemetery is darker in colour and shows an incomplete column. This symbolizes a life cut short (in the above example of a baby daughter) or a loss of support (such as the death of the head of the family). 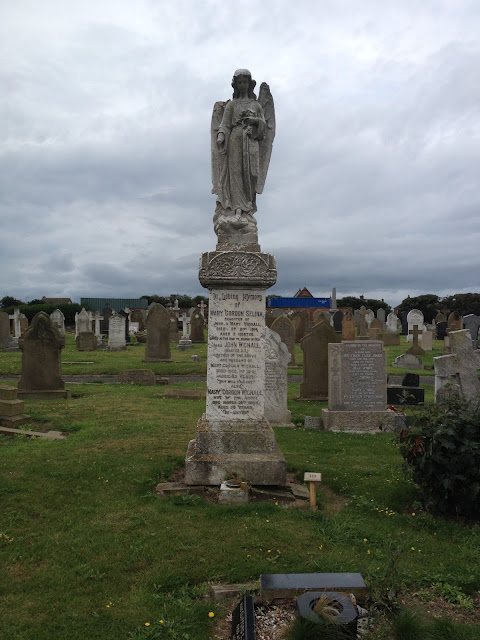 Broken flower - similarly, a broken flower (seen in the hands of the angel from Fleetwood Cemetery above) indicates a sudden or early death. 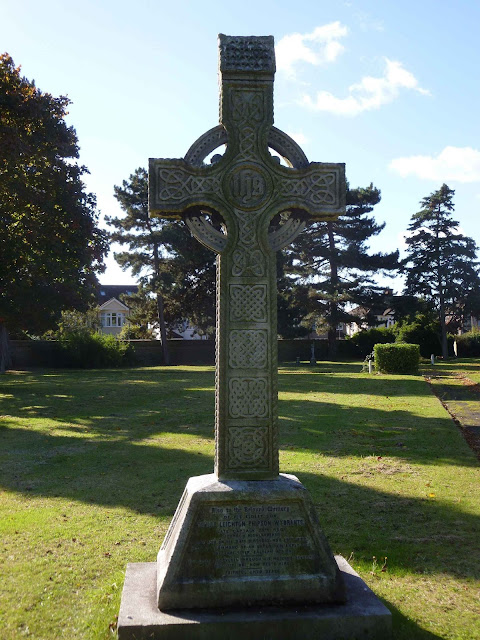 Celtic cross - this common symbol of a cross in a circle signifies eternity and resurrection. 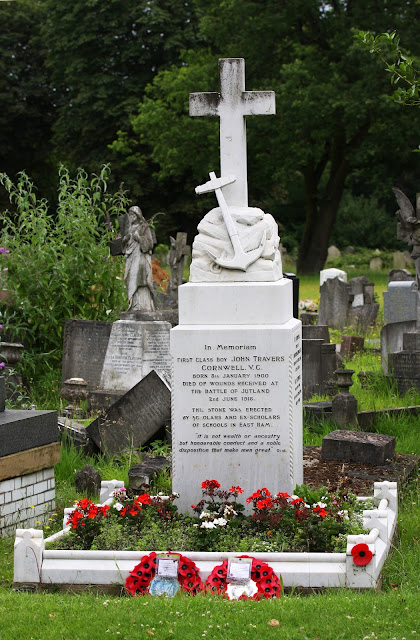 Anchor - this tells us that the deceased had a maritime or naval connection. The example above is of the grave of John Travers "Jack" Cornwell, the youngest recipient of the Victoria Cross in World War One, who served in the Royal Navy and died at the Battle of Jutland.

I'll be exploring headstone symbols further in later blogs and looking in more detail at some of the features mentioned above. Keep checking back to find out more!

We would be very interested to see any symbols you have found on the graves of your ancestors or other interesting memorials. If possible, we'd like to include some of them as examples in future blogs. Do get in touch with us to share photos of remarkable monuments via the Comments Box below or on our Facebook and Twitter pages!