April 27, 2017
With the recent birthday celebrations of the Queen, it feels timely to highlight some of the royal records in the Deceased Online collections
Queen Elizabeth II celebrated her 91st birthday on 21 April 2017. Last year, she became the longest-reigning monarch in British history and on the 29 November 2016, she and Prince Philip celebrated 69 years of marriage. Not to be outdone, younger members of the Royal Family have also been in the news recently. Prince Harry, along with the Duke and Duchess of Cambridge, have been speaking out about the need for improved mental health awareness and services as part of the Heads Together campaign. Notably, last week, Prince Harry spoke at length publicly for the first time about the tragic death in 1997 of his mother, Diana, Princess of Wales.
The oldest royal record in the Deceased Online database is from Peterborough Cathedral. The burial record of Queen Catherine of Aragon.Katherine of Aragon (1485-1536) is found in the Cambridgeshire Collection. Although often dismissed as merely the first consort of King Henry VIII, Katherine was far more than that and remained high in the King's esteem, even after their notorious divorce. Katherine had married Henry's older brother, Arthur, in 1501, but he died a few months later, leaving his widow alone in a foreign land. Nevertheless, she prospered. In 1507, the classically educated Katherine was appointed ambassador for the Spanish Court in England. Significantly, through this she became the first female ambassador in European history. On Friday 7th January 1536, Katherine of Aragon (then referred to as the ‘Princess Dowager’) died in Kimbolton Castle at the age of 49 and was buried in Peterborough Cathedral on 29th January. 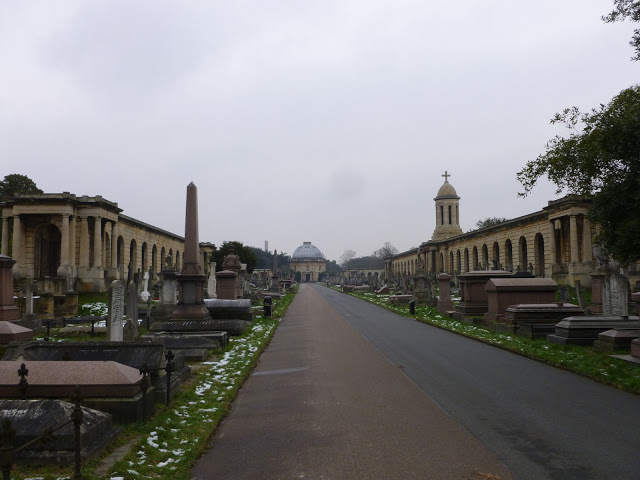 Brompton Cemetery in west London has a number of royal connections. Among its records in the database are the burials of scions of Russian nobility, film producer Prince George Galitzine (1916-63) and WWII Spitfire pilot, Prince Emanuel Galitzine (1918-2002). The Golitsyn family originated in the Duchy of Lithuania. Prince Emanuel's royal links included being the family representative at the reburial of the Russian Imperial Family in St Petersburg in 1998.

Also buried in Brompton is Queen Victoria's surgeon, Sir Thomas Spencer Wells (1818-1897). He served as medical professor and president of the Royal College of Surgeons of England. After a career that included working in Malta and London, and serving as an army surgeon in the Crimea, Spencer Wells was appointed as surgeon to the household of Queen Victoria in 1863. He remained in the post until 1896.

A short distance away at another Magnificent Seven Cemetery, Kensal Green Cemetery, is the the striking Egyptian-style Mausoleum (pictured above) of Prince George William Frederick Charles, 2nd Duke of Cambridge (1819–1904). A grandson of King George III, the Duke's father was Prince Adolphus, Duke of Cambridge. Like the present Duke, Prince William, Cambridge served as an army officer. After becoming the 2nd Duke of Cambridge in 1850, he served as Commander-in-Chief of the British Army from 1856 to 1895. If rules on royal succession ran along the lines of primogeniture, George would have acceded the throne on the death of William IV. However, as the succession allowed women to take the throne, royal history was sealed when the crown was given to George's cousin, Victoria.

Among members of the royal family who lie in Kensal Green is Augustus Frederick, HRH Duke of Sussex (1773-1843), sixth son of George III and Queen Charlotte, whose funeral was half-open to the public. The Duke of Sussex set a precedent in royal burial history by being the first member of the British family to be buried outdoors in a public cemetery. Augustus' sister, Princess Sophia, was buried close to her brother in the cemetery in 1848. Thanks to these royal burials, Kensal Green became a socially approved cemetery for members of the British aristocracy. According to the Friends of Kensal Green Cemetery, there are more than 500 members of the British aristocracy buried within the grounds.
Outside London, Sir Thomas Spencer Wells is not the only royal servant in Deceased Online's collections. Featured in the Aberdeenshire Collection is John Brown who served as ghillie to Queen Victoria. When Brown died in 1883 at the age of just 56, the Queen was distraught. The Times of 29 March 1883 reported that Brown died "in the Clarence Tower at Windsor Castle, after a short but painful illness resulting from an attack of erysipolas in the face, partly induced, it is believed by the recent severity of the weather."

Although John Brown died at Windsor Castle, his body was returned to his native Aberdeenshire to be laid to rest. An article in The Times of 4 April 1883 noted, "The body, with the mourners, was conveyed by the 5.35pm train to Waterloo, where a special engine was provided to take it on to Euston Station, to meet the down train to Scotland. It is to be taken to Bhaille-na-Coille, the residence of the brother of the deceased, and will be interred at Crathie tomorrow. The outer coffin is of polished oak with brass fittings, and bears the following inscription:-"John Brown. Born December 8 1826. Died March 27, 1883." Queen Victoria's faithful servant lies buried in the kirkyard of Crathie, near the banks of the river Dee, across the water from the Balmoral estate.

We would love to hear from anyone who has found records relating to royalty in our collections. Or, perhaps, you are related to the Royal Family? Do get in touch via the Comments Box below or on our Facebook and Twitter pages!