October 19, 2018
Modern burial ideas are drawing on experiences of the past 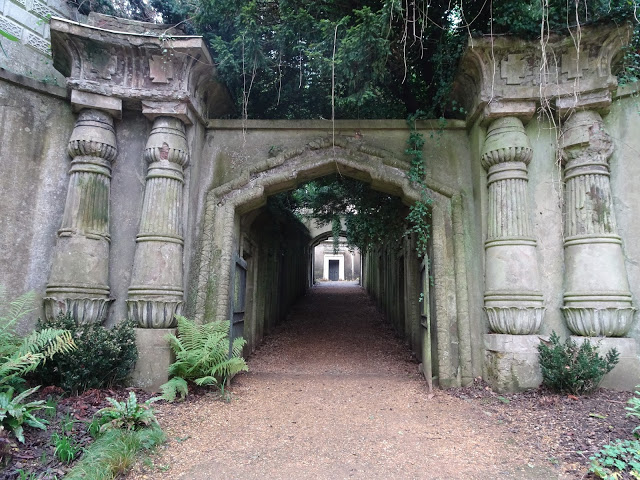 On 16 October 2018, the Chief Executive of the Friends of Highgate Cemetery's Dr Ian Dungavell was interviewed on BBC Radio London's Vanessa Feltz programme to discuss ideas to create more burial space. The programme discussed how to find room for future generations of Londoners while maintaining all that is special about the cemetery.

Surprisingly, this is not a new concept. Before the 19th century, particularly during the medieval period, social norms allowed for old graves to be exhumed in order that space would be freed for new burials. The remains were transferred to charnel houses (bone stores). Examples of these can be found across the country, such as in Spitalfields, London.

The news was also reported in The Telegraph with a warning that there will be no space for full-sized graves (and thus coffin burials) by 2024. Friends of Highgate Cemetery Trust have completed a consultation on plans to reclaim empty plots bought more than 100 years ago, that have not been used.

The consultation also suggests, “There is no reason that future interments need to be full coffin burials. There may be other ways of using vacant spaces, including for cremation burials.”

Dr Dungavell reassures cemetery users and relatives that, "We would never say how someone should choose to be remembered, but we want to consider how we can make the room we have work best.  . . Nationally about 75 per cent of people are now cremated, rather than buried. Obviously being buried in a coffin takes up more space where we could maybe have four cremated remains - which is more space efficient.”
Following on from the consultation, Highgate Cemetery is now applying for an act of parliament allowing for the cancellation of burial rights bought in the 19th century and never used. The cemetery believes this was free up 400-600 plots, which would allow the cemetery to continue as a working burial site.

Search existing Highgate Cemetery records using the Deceased Online website. The collection includes digital scans of original registers, grave details indicating all those buried in each grave, and section location maps for graves (unfortunately, maps for a few graves are not available).

Do you have any views on Highgate Cemetery's consultation? Are your ancestors buried there? Let us know your opinions in the Comments Box below, or via our Twitter and Facebook pages.