April 09, 2020
The magnificent and historic Weaste Cemetery in Salford, Greater Manchester, is now available to view on www.deceasedonline.com. 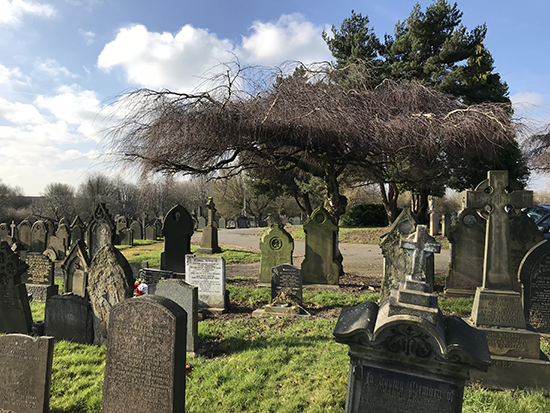 We are delighted to share the latest addition to our Salford Collection with the burial records from Weaste Cemetery, one of the very first municipal Victorian cemeteries. Salford Corporation opened the cemetery in 1857 as it became clear that the parish churchyards were struggling for space to bury people. Like most Victorian municipal cemeteries, Weaste Cemetery was also designed as an area of leisure and recreation for Victorian city folk to escape their urban surroundings. Originally boasting landscaped gardens, four chapels, and a glazed summer house. Salford City Council has designed a heritage trail around this incredible cemetery and placed information panels near to noteworthy graves, including Sir Charles Hallé (1819-1895), the founder of Manchester's Hallé Orchestra and the Royal Manchester College of Music. You can read more about Hallé in next week's post.

Weaste provides the last resting place of Mark Addy (1838-1890), a champion oarsman and landlord of the Old Boathouse Inn. Over the course of his life, he rescued over fifty people who had either fallen or thrown themselves into the highly polluted river Irwell. He was awarded the Albert Medal for his gallantry, along with the Royal Humane Society Bronze Medal, Hundred of Salford Humane Society Silver Medal engraved "for saving the life of Mary Barrett, 24th June 1872", Hundred of Salford Humane Society Gold Medal, and Manchester and Salford Swimmers Silver Medal and Clasp. These can be viewed in the Salford Museum and Art Gallery. Addy died of tuberculosis in 1890. The inscription on his memorial reads: "Sacred to the memory of Mark Addy, the Salford hero who died 9 June 1890 in the 52nd year of his age. He saved more than 50 persons from drowning in the River Irwell, for which he received amongst other rewards, the Albert Medal (1st class) from H.M. the Queen. Life's work well done, life's races well won. He rests in peace. Erected by public subscription."

The records comprise digital scans of all burial registers, cemetery maps showing the section in which known graves are located, and grave details for each of the known graves and their occupants. Unfortunately, we are unable to display a location or list other grave occupants for approximately half of the Weaste records. Grave locations were not often recorded in the historic registers from Weaste Cemetery and, coupled with a hit from a German bomb in 1940, the locations of a great many graves remain a mystery. 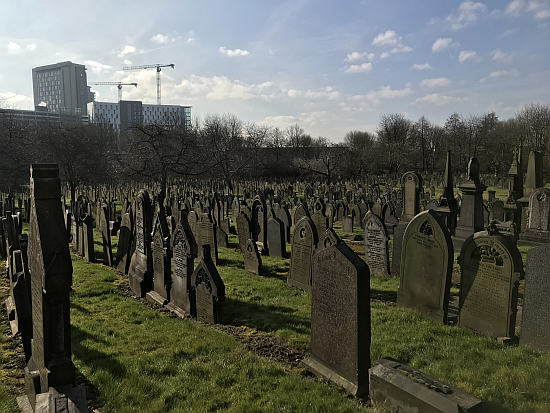 Other Salford cemeteries and crematoria live on Deceased Online:
Please do let us know if you have found any relatives in the Salford Collection database in the Comment Box below, or via our Twitter and Facebook pages. We love to hear from you!