November 28, 2013
In this week's post I look at the oldest records in the database. I also highlight where you are most likely to find records of 16th and 17th century ancestors

Most of the burial records in the Deceased Online database date from the 19th and 20th centuries. We have digitized hundreds of registers from municipal cemeteries created from the mid-1800s onwards. However, you can also find thousands of individual burial records dating from as early as the 16th century.

Much of this older material comes from Scottish council burial records. These go back further than many of the English sources and generally have far richer data, such as this example below from Guthrie Kirkyard in Angus. These records were copied later but include burial details from the mid to late 17th century. 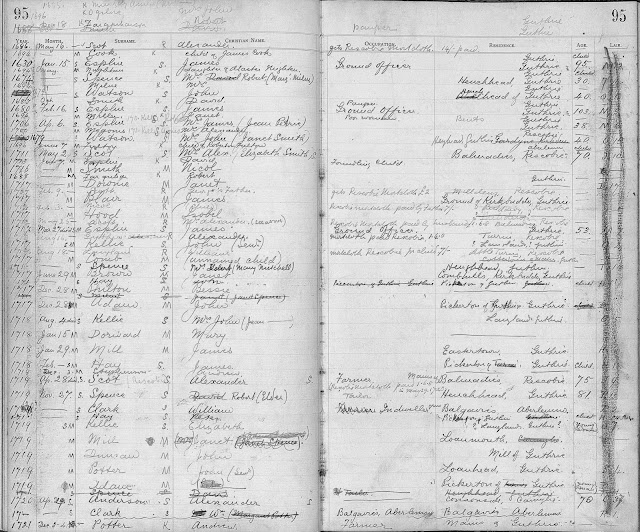 I was amazed to discover that the oldest record on the website is 888 years old. This record (pictured below) is from the Peterborough Cathedral collection and includes the details of three Abbots: 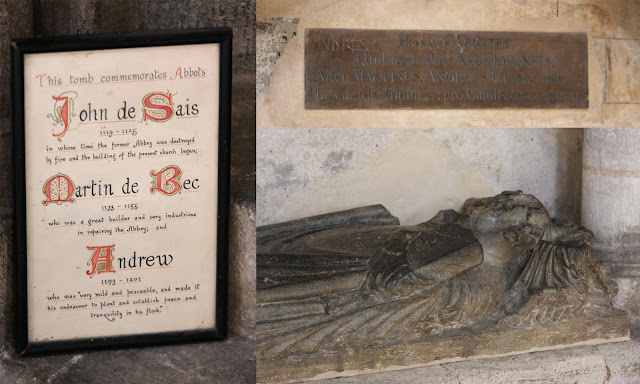 The five oldest records in the database all come from Peterborough Cathedral. Previously, I explored the history of this stunning former Abbey here, and featured the record of Katherine/Catherine of Aragon, who was buried on 7 January 1536.

Twenty years later, in 1556, the last.abbot, John Chambers was laid to rest. Like Katherine of Aragon, Chambers knew the wrath of the King. Henry VIII's policy of the dissolution of the monasteries might have seen the end of Peterborough Abbey if it had not been for Chambers' intervention. In 1539, he travelled to London to plead with Henry to save the abbey. When Chambers realized this was to no avail he surrendered the church voluntarily. For this, Henry allowed Chambers to stay on as Warden between 1539 and 1541. The abbey was protected from dissolution and when the King designated it a cathedral in 1541, Chambers was appointed its first Bishop, serving until his death in 1556.

As Peterborough's first Bishop, John Chambers was given a fine stone memorial, described "in the 17th century as being exquisitely carved, with a mitre and robe, and feet resting on a lion". Sadly the effigy was damaged in the English Civil War.

Hundreds more 16th century records can be found in the rich collections of St Paul's Bedford,

At present, our earliest records for London date from 1832 but from early 2014, we'll be adding collections from the 17th and maybe 16th centuries. For those with Scottish ancestors, look out for more records for a large area of Scotland. This will be a substantial collection, with records from beginning in the 1700s.

We would love to hear from anyone who has found ancestors in the pre-18th century burial record on the database. Do let us know the details in the box below or on our Facebook and Twitter pages!