December 23, 2015
This week, Deceased Online expands its Nottingham Collection with the addition of records from the early Victorian cemetery, Nottingham General. 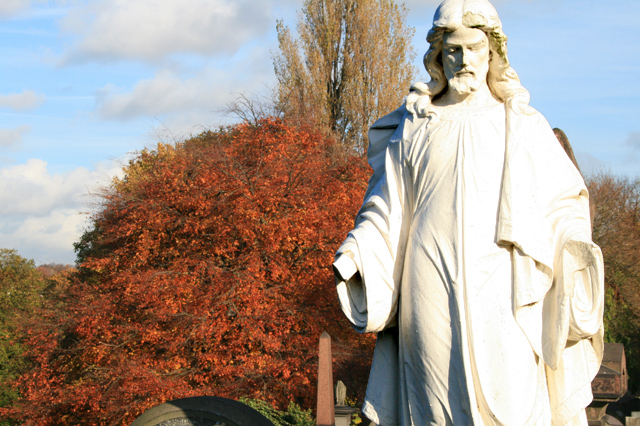 Enter Nottingham's General Cemetery from Canning Terrace and be prepared to step back in time to the late 19th century. Like many of the Victorian cemeteries in the Deceased Online collections, Nottingham General was designed to take the burden from parish churches whose graveyards had become overcrowded. Also, like many other Victorian cemeteries, this was administered by a newly-formed body, the Nottingham General Cemetery Company (1836). The Grade II listed gatehouse, the chapel and the adjacent almshouses were built between 1836 and 1838 by S. S. Rawlinson.


The Deceased Online collection includes nearly 140,000 burial records from 1838 to the 1990s. These include full  digital scans of registers, as well as grave details and detailed maps showing exact grave locations for over 70% of graves.  The Victorian registers are particularly detailed, highlighting occupations and places of registration as well as names and residence. This can help identify a death certificate registration in the General Register Office indices. The occupation details in these records give fascinating insight into the socio-economic life of Nottingham in the mid to late 19th century when lace and linen-making dominated the town.
Notable Victorian burials here include that of Daft Smith Churchill (1793-1838), a hosiery manufacturer, and one of the original directors of the Cemetery. He was buried in Nottingham after being drowned off the coast of Scotland aboard the sinking SS Forfarshire. It was during the loss of this ship in an intense storm that the celebrated lighthouse keeper's daughter, Grace Darling, rescued nine passengers. Grace and her father William received medals for bravery as a result of their actions. Sadly, Grace Darling died four years later of tuberculosis.

In 1856, the Cemetery saw the burial of John Cadd, a prominent member of Nottingham's town council. A monument in the cemetery erected in his honour by the Lacemakers of Nottingham reads, "in praise of an honest and upright man . .  . and a true philanthropist" for his care of the welfare of those he employed.

In contrast to John Boot, who gave Nottingham and the world health and medical products, the businessman, John Player, is renowned for an eponymous company that would go on to sell millions of cigarettes. Now known to cause a number of health problems, cigarettes were originally marketed as an aid to breathing and some were even targeted at asthma sufferers! In 1877, Player bought the company from William Wright, who had set up a small tobacco factory in Nottingham in 1820.

Moving into the 20th century, between 1914 and 1919 the cemetery received more than 332 bodies from nearby Bagthorpe War Hospital and other city war hospitals. 129 of these war casualties are buried in a dedicated war plot, laid out in the 1850s for veterans of the Crimea. Among these are two recipients of the Victoria Cross. Robert Humpston was awarded the VC for his bravery in 1855 when, with fellow soldier, Private Bradshaw, he attacked and captured a Russian gun pit near Sebastopol. Meanwhile, while fighting in India 1858, Samuel Morley earned his medal for saving the life of an adjutant of the Sikh cavalry by shielding the wounded man's body, along with a farrier, until help arrived.
The names of the 129 First World War casualties are commemorated on a white limestone screen wall. Among them is 17 year old Arthur Harry Andrew who served with the RAF under the rank of ""Boy". Arthur died on 23rd October 1918 - just a couple of weeks before the Armistice. He died at Amesbury, Wiltshire while serving with the No 1 School of Navigation and Bomb Dropping. Arthur's name is recorded on screen 03275. He was remembered by his mother, Mrs Catherine Andrews of 7 Ronald Street, Garibaldi, Radford.

This latest addition to Deceased Online's Nottingham Collection supplements the 5 cemeteries and 1 crematorium for Nottingham online. The new addition will bring the total up to around 700,000 burial and cremation names for Nottinghamshire with over 1.5 million records. This includes: 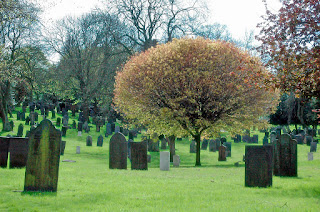 We understand that Nottingham General is one of the oldest cemeteries managed by a local authority anywhere in the Midlands. If you have ancestors from the region, do get in touch and tell us about them. We love to hear from you on our Facebook and Twitter pages!

And finally, the team at Deceased Online would like to wish our users all the best for the festive season and a healthy and happy new year!