December 09, 2015
This week Deceased Online completes its collection for the London Borough of Southwark with the addition of records from Honor Oak Crematorium

In August this year, I wrote about the difficulties faced by the poor of Southwark and Camberwell in South London throughout the 19th and early 20th centuries. Many of these people were later buried in the Victorian and Edwardian cemeteries of Camberwell Old, Camberwell New and Nunhead. The records of all three (including register scans, grave details and cemetery grave section maps) have been searchable on the Deceased Online database for several months.

The last set of records to be added to the Southwark collection, for Honor Oak Crematorium, dates back to 1939 and covers 150,000 names. The crematorium, located next to Camberwell New cemetery, was designed by architects William Bell and Maurice Webb. The latter was the son of Sir Aston Webb, who owned the company which designed Camberwell New Cemetery.

For family historians, one of the highlights of this new dataset is the details of the Honor Oak registers. The example below shows the entry of Albert Henry Thain, who was cremated on 27th January 1945. Not only does the record give Albert's full name and address, it also shows his occupation (Civil Servant), age (61 years), marital status, date of death, full name and address of the applicant (in this case the applicant is described as "Son", revealing his relationship to the deceased), the district where the death was registered (useful for identifying a death certificate reference) and the precise location of the ashes.

One of the most celebrated residents of the Camberwell area, Father Potter of Peckham (or Reverend Canon George Potter), was cremated at Honor Oak after his death in 1960. Potter arrived in the area in 1923 as the official incumbent of the derelict St Chrysostom's Church in Hill Street. Working from a makeshift vicarage in a deserted pub, Father Potter founded the Brotherhood of the Holy Cross, a religious order for the betterment of impoverished boys. He also set up a hostel in Nunhead to help reform juvenile criminals.

Another notable cremation record in the collection is that of Dr. Harold Arundel Moody (1882-1947), a physician who founded the League of Coloured Peoples in 1931. This British civil rights organisation campaigned to eliminate the "colour bar" in Britain where thousands of people were restricted socially and economically on grounds of race. The League was also active in denouncing Nazi anti-Semitism. In 1995, English Heritage erected a Blue Plaque in his honouring Dr. Moody at his former Peckham home, 164 Queen's Road. 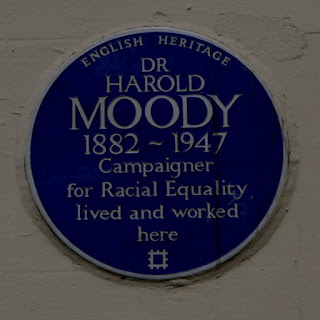 If you have found ancestors in the Southwark Collection, you may like to search Deceased Online's other South London collections, which include records from the Sutton, Lewisham, Merton and Royal Borough of Greenwich. Do let us know about your Southwark ancestors in the Comments Box below or via or Twitter and Facebook platforms. We love to hear from you!