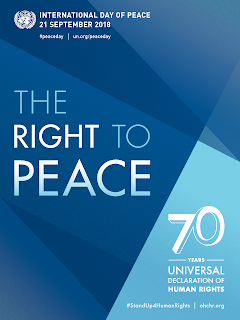 The United Nations International Day of Peace takes place each year on 21 September to celebrate a peaceful society is one where there is justice and equality for everyone. The theme for 2018 is: “The Right to Peace - The Universal Declaration of Human Rights at 70”, celebrating the 70th anniversary of the Universal Declaration of Human Rights. This was adopted by the United Nations General Assembly in Paris on 10 December 1948 as a common standard of achievement for all peoples and all nations.

Deceased Online is marking the day by honouring one peacemaker that we have discovered in the database - Alfred Myers (1883-1948), a miner and conscientious objector.

Alfred is buried in Brotton Cemetery, North Yorkshire, not far to where he was born and raised. He risked his life for peace and has been remembered in a 1995 documentary film, The Richmond Sixteen. 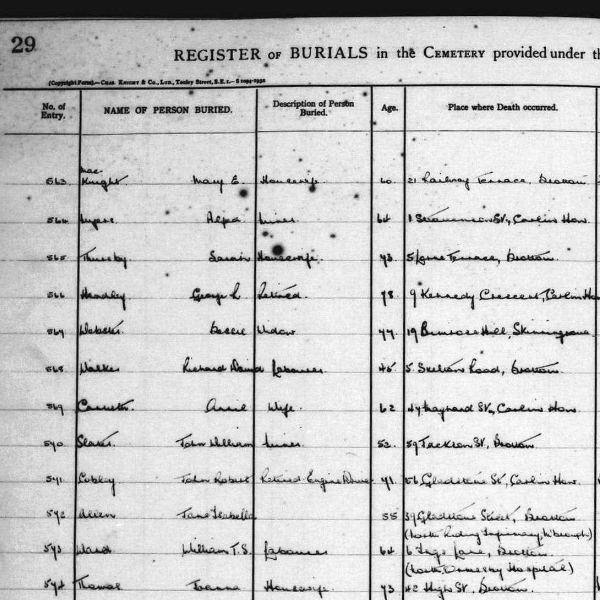 Above is a cropped image of the Brotton burial register showing Alfred's entry on the second line from the top.

His entry in the Deceased Online database is as follows:

Alfred Myers made his stance for peace during the Great War of 1914-1918. As was one of the so-called "Richmond Sixteen", he was an 'absolutist' conscientious objector - refusing to undertake non-combatant duties as well resisting conscription to fight. The 16 were imprisoned at Richmond Castle in Yorkshire, and then sent to France where they were court-martialled and sentenced to death by firing squad. Fortunately, the sentence was altered to 10 years' hard labour. After the war, in 1919, the 16 received their release.

The Richmond Sixteen was a mixed group, consisting of:


Alfred Myers was a 33 year old mines deputy, single, an International Labour Party members, and a member of his local Wesleyan Methodist church's choir. He was a member of his church's choir, a Sunday school superintendent and a trustee of the local church. He was arrested when he failed to register for military service after being called up in 1916.

Sadly, Alfred never recovered from the harsh treatment he had received in prison and from solitary confinement and, like many who had served at the Front, he suffered from post-trauma symptoms for the rest of his life.


Do you have any conscientious objectors, or other peace campaigners, in your family? Do get in touch and let us know via the Comments Box below or on our Twitter and Facebook pages!