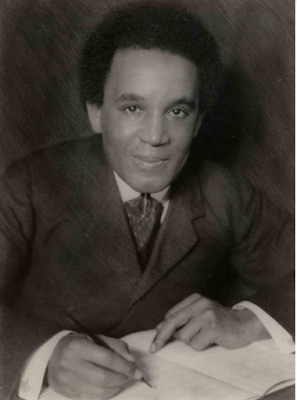 
On Thursday 31st October at 7.15pm, Camden Archives and Local History Centre hosts a talk with music for Black History Month by Richard Gordon-Smith (composer) and Martin Anthony Burrage (violin, piano) of the Samuel Coleridge-Taylor Foundation. The venue is significant as it is located in the street where the celebrated composer was born.

Although he was born in Holborn, now in the north London borough of Camden, Samuel Coleridge-Taylor's was buried in Bandon Hill and his record can be found in Deceased Online's South London Collection. Search the database for the full set of burial records for Bandon Hill Cemetery, Wallington, in the London Borough of Sutton. Bandon Hill is situated in Plough Lane, Wallington SM6 8JQ and is a working cemetery. However, today burial rights are only given for reclaimed graves where burial space remains but has not been used for 75 years.

At the time of his death, Samuel Coleridge-Taylor (1875-1912), lived in St. Leonard's Road, Croydon. However, he was born on 15 August 1875 at 15 Theobalds Road, Holborn, as Samuel Coleridge Taylor, and was named after the poet Samuel Taylor Coleridge. His parents were unmarried, and by the time of Samuel's birth, his father, Daniel Hugh(es) Taylor, a surgeon, had returned home to Sierra Leone. Samuel's mother, Alice Martin, went on to marry George Evans, a railway storeman. They raised Samuel, supporting his evident musical talent. In 1890, Coleridge-Taylor was awarded a scholarship to the Royal College of Music.
Originally a violinist, Coleridge-Taylor soon became a respected composer, working with Edward Elgar. His most popular work, Hiawatha's Wedding Feast premiered in 1898. Samuel married in 1893 and named his first child "Hiawatha" (1900-1980).
In 1912, Coleridge-Taylor developed pneumonia. In August, he collapsed at West Croydon Railway Station, and died a few days later, on 1 September, aged just 37 years. He was buried at Bandon Hill and mourned widely. In respect of his achievements, King George V granted Samuel's widow, Jessie, an annual pension of £100.

Are you a fan of Samuel Coleridge-Taylor? Or have you found your South London relatives in Deceased Online's records? Do let us know via the Comments Box below or on our Facebook and Twitter pages. We love to hear from you!