June 30, 2020
This week, the blog looks closer at the burial records of renowned architect George Skipper in Earlham Cemetery, Norwich. 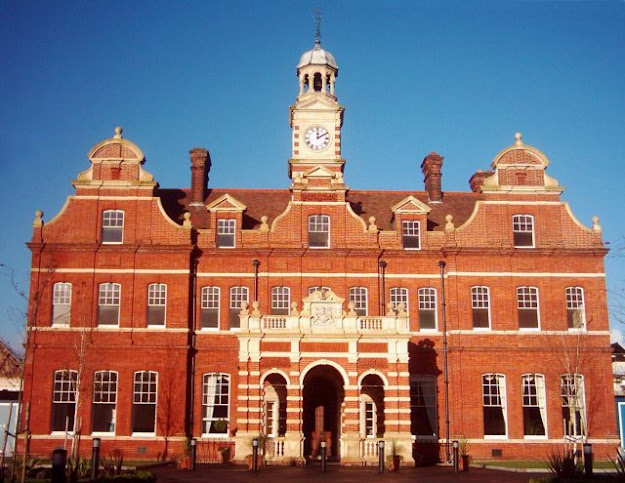 Earlham Cemetery opened in Norwich in 1856. Laid out in an informal garden style with winding paths, the cemetery became a significant location for burying the city's dead. By the late 1920s, the cemetery had been extended across Farrow Road. Earlham Cemetery is the final resting place of the eminent Victorian and Edwardian architect, George Skipper. His burial details can be seen on the Deceased Online website as follows: 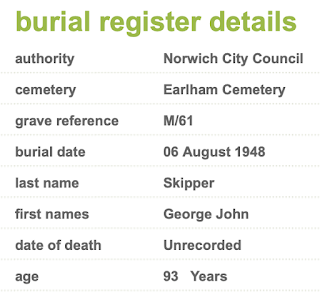 George Skipper was born in Norfolk in 1856 and died in the county 93 years later. He became celebrated as the most significant architect of the cathedral city of Norwich. The poet and broadcaster John Betjeman described him as:

He was to Norwich what Gaudi was to Barcelona.

Skipper was born in East Dereham but schooled in Norwich. His father was a carpenter and later had his own firm of builders. George trained at Norwich School of Art and then as an architect in London. However, he soon returned to Norwich, where he worked in his father's firm. In 1873, Skipper set up his own business.
From the end of the 19th century, Skipper began designing significant buildings in his home city. These included his office in London Street, the Royal Arcade, and the Norwich Union headquarters in Surrey Street. He also designed the Cliftonville and Sandcliff Hotels in Cromer, and Sexey's School in Somerset.

Above: Earlham Cemetery burial entry of George John Skipper from 6 August 1948
George Skipper's entry in the burial register of Earlham Cemetery shows that he was buried in unconsecrated ground. He is buried alongside his first wife, Elizabeth Tills Skipper (née Bayes), who died at the age of 50, and his widow and third wife (whom he married in 1913), Elizabeth Alice Skipper (née Roberts, late Charter) His son, Edward Skipper (1918–2005), also an architect, was buried alongside his mother and father in the twenty-first century.
We love hearing from anyone who has found an ancestor in our database. Have you found your relative in Earlham Cemetery, or any of the other sets of records in our Norfolk Collection? Please contact us by leaving a comment in the box below, or by writing on our Facebook wall or send us a Tweet.