August 17, 2015
While the next cemetery data is being uploaded to the database, this week I thought I'd look into the fascinating concept of "taphophilia" - or a fondness for cemeteries. 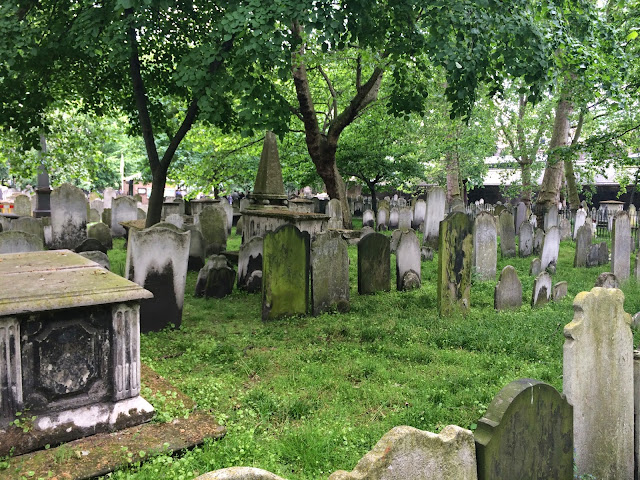 Recently, I discovered that some of our Twitter followers describe themselves as "taphophiles". I have heard a few terms to describe those of us who are interested in old cemeteries, but the word "taphophilia" seems one of the loveliest.

The term comes from the Greek “taph” - for "tomb" - and “philia” - meaning "strong love or admiration". Although chiefly used to describe a love of cemeteries, the word is also associated with a fondness for funerals, epitaphs and the art of gravestones, monuments and tombs. 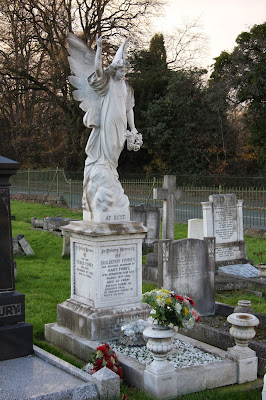 Poets, novelists, lyricists and dramatists have long lauded the cemetery. Memorable literary scenes include Hamlet standing by the graveside with Yorrick's skull, the St Pancras gravediggers in A Tale of Two Cities, and the lines from The Smith's Cemetery Gates. Shakespeare and Dickens may well have described themselves as taphophiles. With Morrissey, I wouldn't like to say!

There was also a school of poetry known as "graveyard poetry". Its adherents were graveyard poets, also referred to as "churchyard poets" or the more visceral "boneyard boys". Among its number were the tragic Thomas Chatterton (1752-1777), and Thomas Gray (1716-1771), whose Elegy on a County Churchyard can be seen as a fine example of literary taphophilia.
Perhaps the most passionate descriptions of cemeteries come from the Romantic poets, linked to their obsession with death and the gothic. From the following lines of his poem, Adonais, it appears that Percy Bysshe Shelley (1792-1822) recognises the unique beauty of the cemetery, and can be seen, therefore, as a taphophile:


The cemetery is an open space among the ruins,
covered in winter with violets and daisies.
It might make one in love with death,
to think that one should be buried in so sweet a place.

Would you describe yourself as a taphophile? Or do you prefer other terms? However you see your interest in old cemeteries and their records, do let us know in the Comments Box below, or on our Twitter and Facebook pages. We love to hear from you!