As with its neighbouring sister cemetery, Ladywell, Brockley was opened in 1858. Originally named "Deptford Cemetery", the site was designed by William Morphew of Tinkler & Morphew after the parish churchyard of St Paul's became overcrowded. Deptford Burial Board bought the plot next to that of Lewisham Burial Board's (Ladywell) and appointed the same architects. Up to the 1940s, the sites were separated by a low wall. The two sites have both been run by Lewisham Council since the 1960s.
Both Brockley and Ladywell cemeteries feature thousands of Victorian and early 20th century headstones and memorials. Brockley is known to be more of a nature reserve than Ladywell, thanks to its wooded areas. However, its monuments are considered to be less grand. Nevertheless, its location just 8 miles from central London and close to the old naval shipyards at Deptford, has led to Brockley becoming home to many interesting and notable graves.
Thirteen years after the cemetery opened, Jane Maria Clouson (1854-1871) was found moaning with pain and dripping with blood in Kidbrook Lane, Eltham at 4am on 25th April 1871. The motherless daughter of a watchman who lived in Millwall, 17 year old Jane was a parlourmaid who had fallen for her employer's son, 21 year old Edmund Walter Pook. Jane had been having an affair with Edmund and had become pregnant by him. Not long before the night of the 25th, Jane had told her cousin that she was to "marry Edmund" that weekend. Unfortunately for her, Edmund had no desire to marry a girl from a lower social class. With her dying words, Jane is alleged to have incriminated Edmund. However, he was later acquitted by a jury after the judge complained Edmund had been the victim of discrimination by the police.

The people of Eltham and Deptford, where her uncle lived, were strongly moved by this tale, with many seeing Jane's death as a class crime of which the middle-class Edmund was wrongly freed.  With public subscription, local people erected a memorial to young Jane in Brockley Cemetery. Thousands attended her funeral, which is believed to have taken place on the same day as a tremendous thunderstorm. Up to 1887, the cemetery's sextons and gardeners alleged a thunderstorm occurred on each anniversary of the funeral. Rumours also persisted that Jane's ghost was seen regularly at night in Kidbrook Lane.With no one ever imprisoned for the murder, the tragedy of Jane Coulson has lingered in the public imagination; a book on the events is due out later this year.

Horatio Nelson Lay (23 January 1832 – 4 May 1898) was buried in Brockley in 1898. Although he was born and died in Forest Hill, South London, Lay was an excellent linguist and became famous for his diplomatic role as Vice-Consul in Shanghai. In 1855, he was appointed the first Inspector General of the Imperial Maritime Customs Service. The most notable part of his career was his role in the ill-fated "Lay-Osborn Flotilla" during the Taiping Rebellion when the British wished to regain control of Nanjing. After the failure of the flotilla and its negative effect on the British role in the "Opium Wars", Lay resigned and returned to England to work in finance.
If you are interested in finding out more about Brockley and the other Lewisham cemeteries, the Council is hosting an Open Day on Saturday 17th October, 11 to 3.00 pm at Brockley Chapel in the grounds of Ladywell Cemetery. Along with free searches and demonstrations of Deceased Online, there will be special tours by the Friends of Brockley and Ladywell Cemeteries and opportunities to explore the grounds and track down family graves. For more details see the Lewisham Council website. 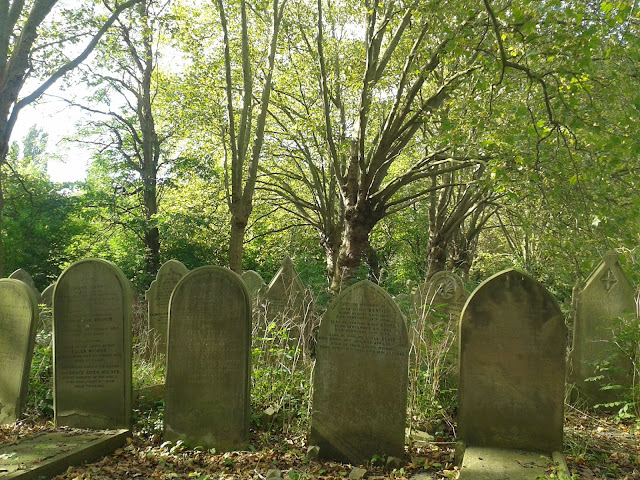 Look out for details on the 20th century history of Brockley Cemetery in next week's blog! If you would like one of your Brockley ancestors to be featured, do let us know of your discoveries in the Comments box below or via our Facebook and Twitter channels.