Records from Streatham Cemetery in south London are now available to search on the database. 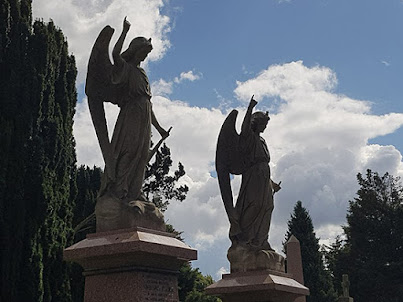 Records from the London Borough of Lambeth's Streatham Cemetery are available to view on www.deceasedonline.com. Streatham Cemetery opened in 1893 under the Metropolitan Burial Act of 1852, which was instigated after the cholera epidemic of 1848 to 1849.

Along with a large number of Commonwealth War Grave Commission burials from World Wars I and II, Streatham Cemetery provides the final resting place for many notable people. Among them is Edward Foster VC, born in Streatham in 1886. In 1915, during the First World War, he enlisted in the British Army in the 13th Battalion (Wandsworth), East Surrey Regiment and was eventually awarded the Victoria Cross for gallantry in the face of the enemy. In April 1917, the regiment's advance in Villers-Plouich, Nord, France was held up by enemy machine guns, strongly entrenched and covered by wire. Corporal Foster succeeding in entering the trench and engaging the enemy, resulting in the capture of their guns. One of his own Lewis guns was lost in the process, until Foster rushed forward, bombed the enemy, and recovered it.
In addition to his VC, he was awarded the British War Medal 1914-20, Victory Medal 1914-19, George VI Coronation Medal 1937, and French Médaille Militaire. After being discharged from the army in 1918, Foster returned to work for Wandsworth Council and he worked for 26 years as a Dusting Inspector. Edward Foster died in 1946, and his Victoria Cross can be seen at the Lord Ashcroft Gallery in the Imperial War Museum, London.
We would love to hear of any of your ancestors or other interesting people whose records you have found in the collection. Do leave a comment in the box below, or contact us via our Facebook or Twitter pages!