Streatham Cemetery in the mid-20th Century

November 28, 2020
More burials added to our Lambeth (London) Collection on the database
The full set of records from Streatham Cemetery has now been uploaded. Amongst the new data on Deceased Online are the burial details of some significant south Londoners of the twentieth century. 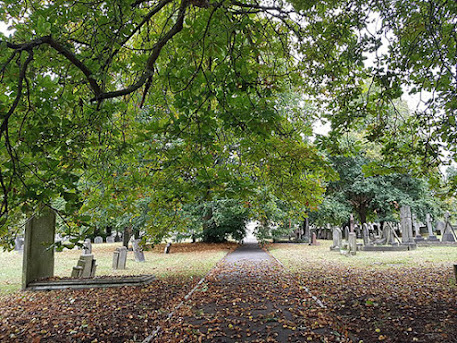 Read more about the early years at Streatham Cemetery here.

Charlie Wilson, the treasurer of the Great Train Robbery gang, also lies in Streatham Cemetery. Wilson met Bruce Reynolds in 1960 and they planned various heists, including £62,000 robbed from a security van in Heathrow Airport. Reynolds organised a group of 17 men to undertake the Great Train Robbery of 1963 and Wilson, as treasurer, distributed the shares of the haul, which amounted to £150,000 each. Wilson was tried in Aylesbury in 1964. In his court case, he said almost nothing and was nicknamed “the silent man”. He was sentenced to 30 years imprisonment, but after four months in HMP Winson Green he arranged for three men to break him out. Over the next few years he moved around the world, including Canada and France, until he was captured again in 1968. He served 10 years at HMP Durham before release in 1978. In 1990, Wilson was fatally shot at his home in Marbella and the suspected assailants never caught. 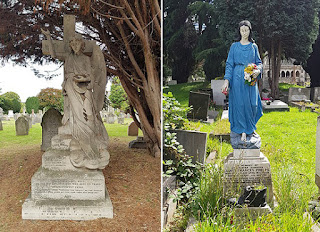 Sir Wyke Bayliss, British artist, author, and poet, rests in Streatham Cemetery after his death in 1906, aged 70. His father, Rev. John Cox Bayliss, taught military and mathematical drawing and encouraged his son's natural ability with drawing. After a move to London, Bayliss studied at the Royal Academy and the School of Design and became friends with many artists now known as pre-Raphaelites. Bayliss published a number of books, covering art critiques, depictions of Jesus, and a volume of poems. His most well known book is The Enchanted Island: the Venice of Titian, and Other Studies in Art. He became president of the Royal Society of British Artists in 1888, holding the post until his death. He received a knighthood in 1897.

We are working hard on digitising records from authorities in the East Midlands, London, the West Midlands, and the South East of England.

Read more about other local records in the London region that are available on Deceased Online in our blog on our London Collections.

Please do let us know if you have found any Streatham relatives in the database in the Comment Box below, or on our Twitter page. We love to hear from you!

All photographs in today's bulletin have been gratefully sourced from Wikimedia Commons. Author Irid Escent kindly shared them under the Creative Commons Attribution-Share Alike 2.0 Generic license.

May 29, 2014
Deceased Online has just uploaded around 114,000 burial records from Spa Fields in the modern London borough of Islington Spa Fields today, with the Church of Our Most Holy Redeemer in the background Spa Fields Burial Ground became notorious in the 19th century for its overcrowded and insanitary conditions. Located in the parish of St James, Clerkenwell, the grave yard was not far from the ever-increasing City of London. Spa Fields was known also as Clerkenwell Fields and Ducking-pond Fields in the late 18th century, hinting at a dark side to what was then a summer evening resort for north Londoners. What would become a cemetery was a ducking pond in the rural grounds of a Spa Fields public house. It was here in 1683 that six children were drowned while playing on the ice. In his History of Clerkenwell (1865) William J. Pinks wrote that visitors, "came hither to witness the rude sports that were in vogue a century ago, such as duck-hunting, prize-fighting, bull-baiting
36 comments
Read more

February 12, 2015
Coming soon to the Deceased Online database: two historic cemeteries from Nottingham City Council to add to the Nottingham Collection . This week, I explore the history of the renowned Church Cemetery (also known as the Rock Cemetery) . At first glance, the modern visitor to Nottingham's Church Cemetery may think they have wandered into Kensal Green , or another of London's Magnificent Seven cemeteries. The 13 acre site abounds with the kind of gothic stone monuments and large sarcophogi with which the mid-Victorians liked to remember their dead. Yet look harder and you will find something unique to Nottingham - sandstone caves. Since the middle ages, the area around Nottingham was quarried for its sandstone, now known by the name of a nearby village as "Bulwell sandstone". From 1851, after the cemetery was laid out on the former sandpits, local people grew to know it simply as "The Rock".  Church Cemetery Otherwise known as the Rock Cemetery on a
10 comments
Read more